Handling them well is Brian’s strength in multi-unit corporate retail expansions and rollouts in an ever changing real estate landscape.

Early Beginnings: In 1989 Brian accepted the position of Real Estate Manager for the Northern California offices of La Mancha Development, the State of California’s largest developer of specialty use retail centers. The Area of Direct Influence (ADI) was the entire Central Valley of California, Bakersfield to Sacramento, Fresno and Modesto inclusive, plus the nine counties of the San Francisco Bay Area. During that time Brian successfully procured, developed and leased approximately 35 multi-tenant strip centers.

In 2014 Brian transferred his vast experience to NAI Benchmark and as its V.P of Retail Properties created a team of retail associates to seamlessly and successfully lead and manage the expansion and roll out of his corporate clients throughout the Central Valley of California and beyond.  Brian was the retail Top Producer for 21 years running and was nationally awarded.  Brian’s level of expertise continues to instill confidence in every one of his clients.  His commitment to the success of every client has produced a career with development of over 250 retail shopping centers, 5.5MM square feet of GLA developed, leased and or sold with an estimated valuation cresting One Billion dollars.  Brian has represented and transacted with many recognizable retail chains such as:

Brian was born and raised in the Los Angeles area and is currently a resident of Oakdale, California with his wife Grace.  The couple has been happily married for thirty four years and have three children, Brittney (32), Ryan (30) and Christopher (27), and eight grandsons, Mikey, Owen, Jake, Rhett, Noah, Merrick, Ronan & to be named?. 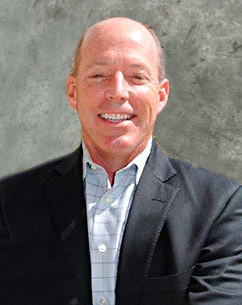